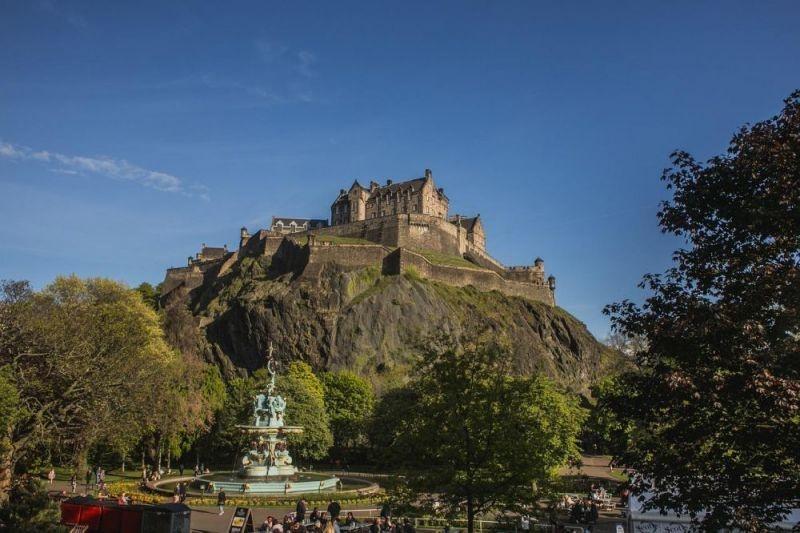 Edinburgh Castle, An historic fortress which dominates the skyline of the city of Edinburgh, Sitting on the Castle Rock a sheer rock cliff of volcanic origins.

There has been a royal castle on the rock since at least the reign of David I in the 12th century, in the 17th century the castle was principally used as military barracks with a large garrison.

Here you will find so much history, beautiful views and lovely walk up the royal mile to get there, there are steps in most of the buildings but they are very manageable however you may want to ask if your in a wheelchair how much you could actually get to view.

The castle is Partly indoors and partly outside so be prepared if the weather conditions are poor.

You can take the free guided tour, this takes around 30 mins, the guides are knowledgable and friendly the tour gives you a good base to build from so you make sure you don't miss any parts especially the Scottish Crown Jewels, the seat of Scone and learning about its history, then the cannon fired at 1pm, a truly humbling and spectacular monument to soldiers lost in World Wars and a free nip of whiskey from the shop

The castle is home to Mons Meg the largest cannon in medieval Scotland and still an impressive looking piece of kit today, there is the war museum, the prison museum, you can wander around the cannons and understand why they are where they are and see how they could and still hit everything for quite a distance.

Not only are the exhibits genuinely interesting to read about and photograph, but the castle is an excellent point to get different viewpoints of the city and the surrounding countryside. 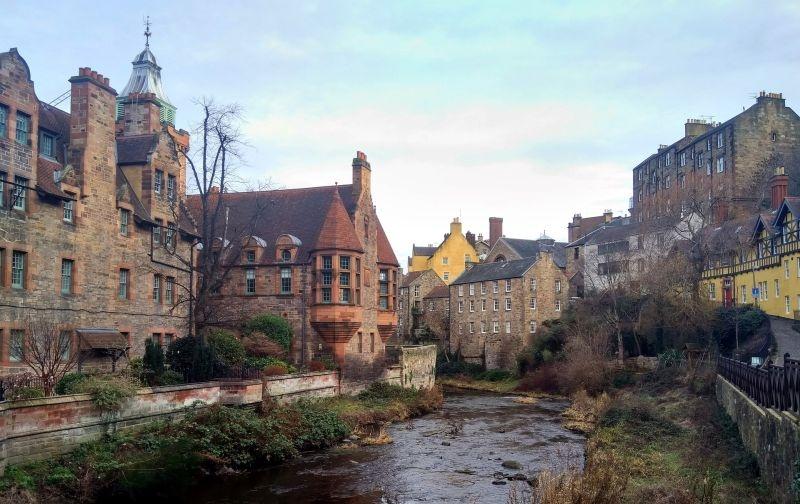 Steeped in history and inhabited for thousands of years, the origins are as a settlement that can be traced to the early Middle Ages when a hillfort was established in the area, most likely on the Castle Rock with some of the best hospitality on offer in Scotland coupled with a wide variety of accommodation from grand hotels to family guest houses.

From the seventh to the tenth centuries it was part of the Anglian Kingdom of Northumbria, becoming thereafter a royal residence of the Scottish kings, the town that developed next to the stronghold was established by royal charter in the early 12th century, During the Wars of Independence Edinburgh Castle was captured by the English until Robert the Bruce's nephew, Thomas Randolph daringly recapture it by climbing its steep and craggy sides in the dead of night.

Robert the Bruce granted Edinburgh a Royal Charter in 1329. and by the middle of the 14th century was being described as the capital of Scotland.

When King James VI inherited the throne of England in 1603, Edinburgh ceased to be the principal site of the royal court, although it did continue to have its own Parliament. Everything changed after the Act of Union in 1707... Parliament ceased in Edinburgh, but the city prospered.

Today Edinburgh is a seamlessly blend of old and new, providing locals with the perfect destination to experience the sights, sounds and tastes of a diverse and vibrant city, fill your shopping bags along Princes Street, or boost your Instagram feed with photos from the top of the Scott Monument, tuck into a plate of gourmet food at a Michelin-starred restaurant in Edinburgh’s New Town, or put your palate to the test with a whisky tasting session in the Old Town, the nightlife scene runs the gamut from traditional pubs to high-tech clubs, and everything in between, with the pubs in Edinburgh’s Old Town, where cask ales and local whiskies are the order of the day.

The Mega bus runs up to 35 trips per day from Glasgow to Edinburgh Airport.

Edinburgh Airport, it is about nine miles from the centre of Edinburgh, it has one terminal, with check-in desks on the ground floor and security upstairs, the airport has three lounges, there are lots of places grab a bite before your flight, there is a food court just before you go through security offering light snacks or pub grub, after security, passengers walk through world Duty Free to reach the departure hall, here you will find a wide range of places, to take a meal or light beverage.

Staying in a hotel near the airport can take a lot of stress out of early morning flights.

The Scottish Highlands, the largest region in the country is home to hundreds of iconic locations, with the most beautiful, inspiring and truly stunning region of ancient landscapes! Beautiful scenery comes as standard up here, the rest is your to explore and discover at your own pace. 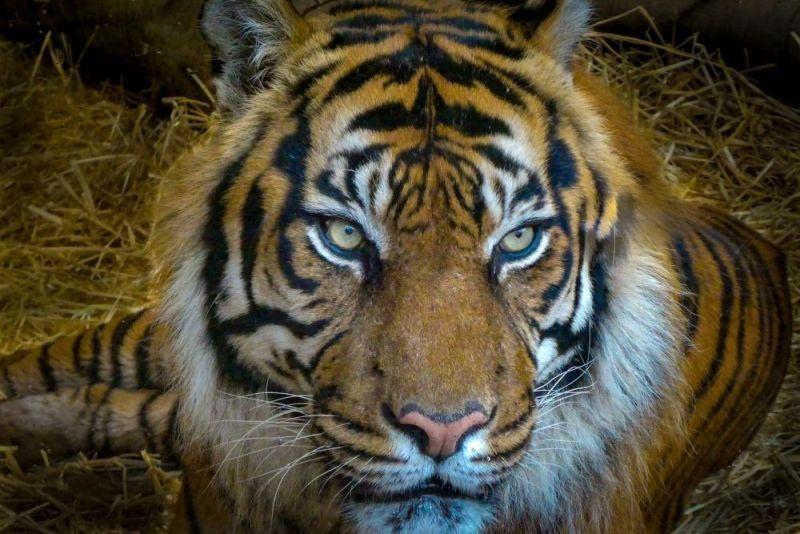 The zoo is an 82-acre non-profit zoological park, Home to over 1,000 rare and endangered animals, the land lies on the south facing slopes of Corstorphine Hill, from which it provides extensive views of the city of Edinburgh,

Built in 1913, and owned by the Royal Zoological Society of Scotland, it receives over 600,000 visitors a year, which makes it Scotland's second most popular paid-for tourist attraction, after Edinburgh Castle.

As well as catering to tourists and locals, the zoo is involved in many scientific pursuits, such as captive breeding of endangered animals, researching into animal behaviour, and active participation in various conservation programs around the world.

The enclosures at Edinburgh zoo are large and suited to the animals, the breeding programs and campaigns they have in place are impressive and it is always an honour to see china’s panda’s, the only ones in the UK

The animals are well looked after and have lots of space, there are so many animals to see pandas, chimps, birds of prey, penguins, tigers, ghe lemurs, wallaby’s, feeding the parakeets, zebras, Asian Lions, The penguin parade, Koalas, monkeys, sun bears, Sumatran tiger, reptiles, amphibians and insects, it is very hilly and can be hard going, wear comfy walking shoes and wrap up warm, many of the enclosures are up steep walkways, the staff are very helpful, there are restaurant and plenty of picnic spots, so worth while bringing a packed lunch.

The zoo has short opening times 10-4 at the moment with most animal houses closing at 3.30 so I would recommend getting there early.

Book online through our website and you could save up to 10%, no need for discount codes or vouchers, their website will automatically apply the discount

Planning on travelling to the Zoo on the train? Scotrail are currently running a Kids Go Free offer through their website.

For the kids, spend the day being a keeper at Edinburgh Zoo!

Join our keepers for a whole day packed full of close encounters and fantastic experiences, learning all about life as a zookeeper and the animals that live in Edinburgh Zoo.

Linlithgow Palace was the birthplace of James V and Mary, Queen of Scots, and the remains of the palace may be found in the Royal Burgh of Linlithgow, which is steeped in history. A trip to the Palace, which is now a ruin, and a stroll around the Loch that is adjacent to it are both popular activities for tourists to enjoy today.

The St. Michael's Parish Church can be found just next to the Palace. Built in the 15th century, it is the most complete example of a late mediaeval church in Scotland that has survived to the present day.

A stroll down High Street reveals a large number of historic buildings. The Linlithgow Story is recounted in the Linlithgow Community Museum, which traces the historical connections between the town and some of Scotland's most notable Kings. Other historic homes in the area include the House of the Binns and Blackness Castle, both of which are located beyond the city limits. The Stately Home of Hopetoun House, which is approximately 10 miles distant, is another location that is well worth a visit.

Whisky production and paper manufacturing were historically significant contributors to the local economy. The Union Canal was finished in 1822, completing the connection between Edinburgh and Glasgow that had been started by the Forth and Clyde Canal. Before the Glasgow and Edinburgh Railway came along in 1842, this was a very profitable transportation route. However, the Glasgow and Edinburgh Railway eventually replaced it. Today, both smaller local businesses and major enterprises may be found thriving within the town itself as well as on its outskirts. 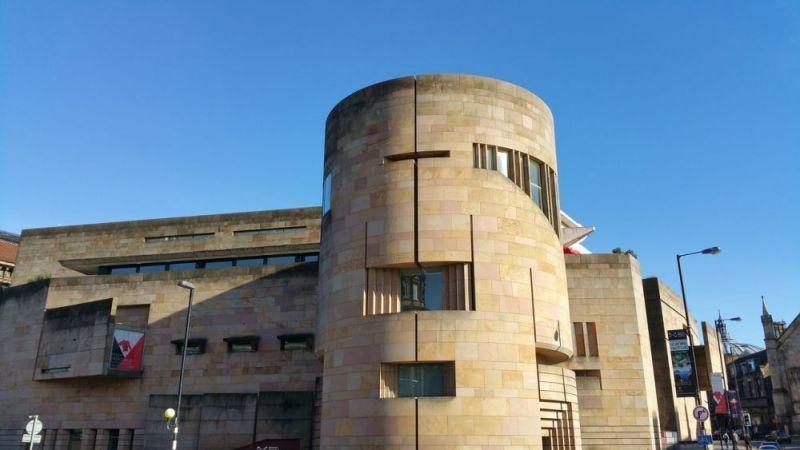 The museum is part of National Museums Scotland.

The two connected buildings stand beside each other on Chambers Street, by the intersection with the George IV Bridge, in central Edinburgh.

Thanks to two major refurbishments over the last twenty years the museum has kept up with all other major museums, a constant delight of discovery, beautiful and completely free!, the collections are awesome, a wonderful area to have high tea on fifth floor, with a beautiful view.

There are layers and layers of history here, it is amazing to see.