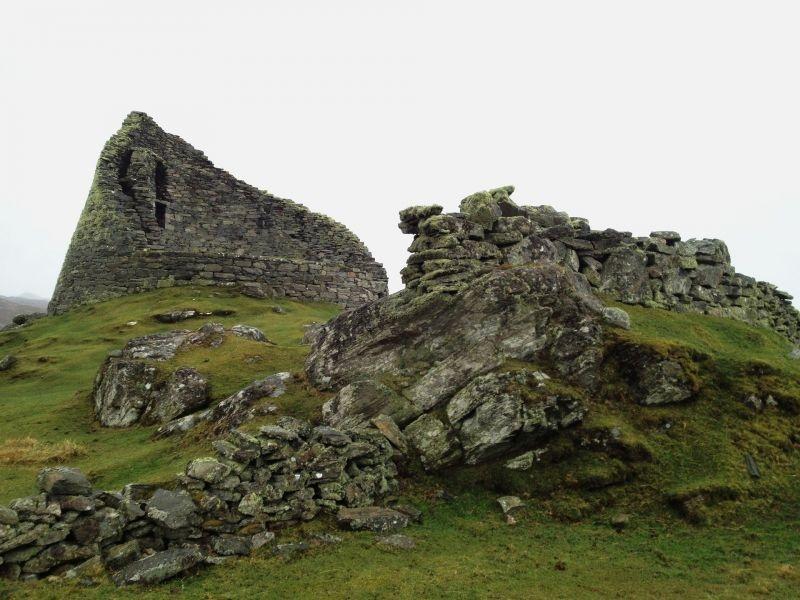 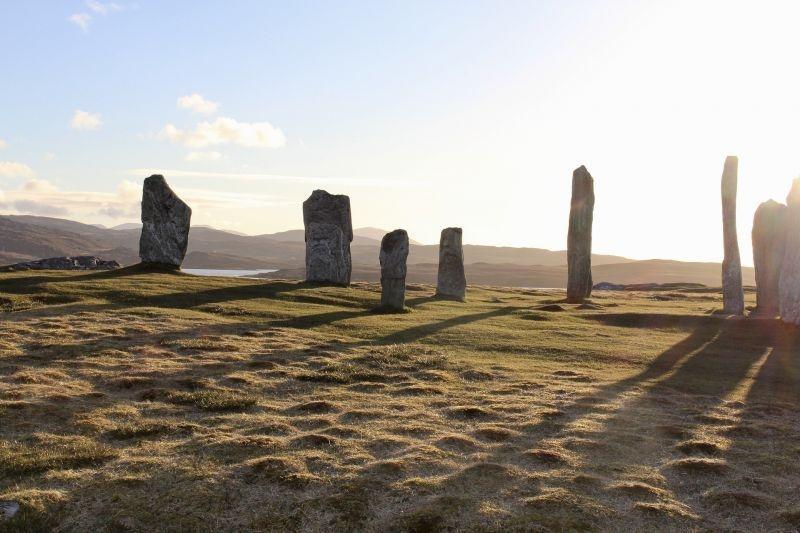 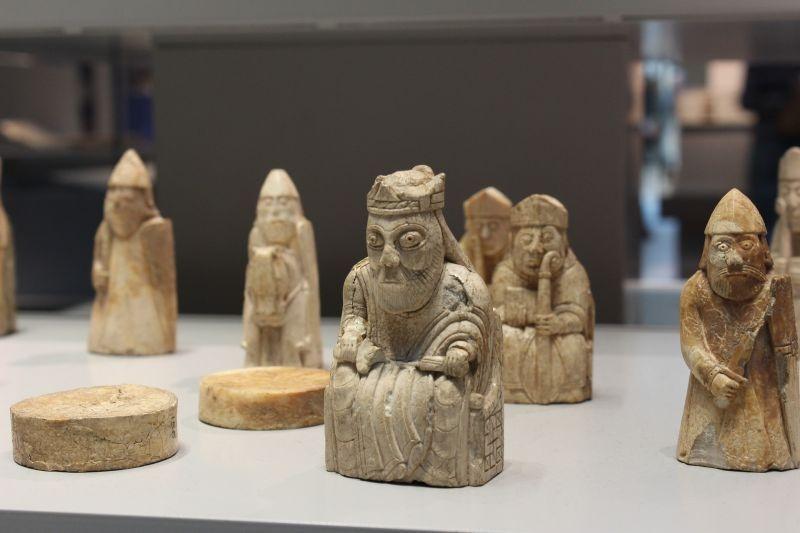 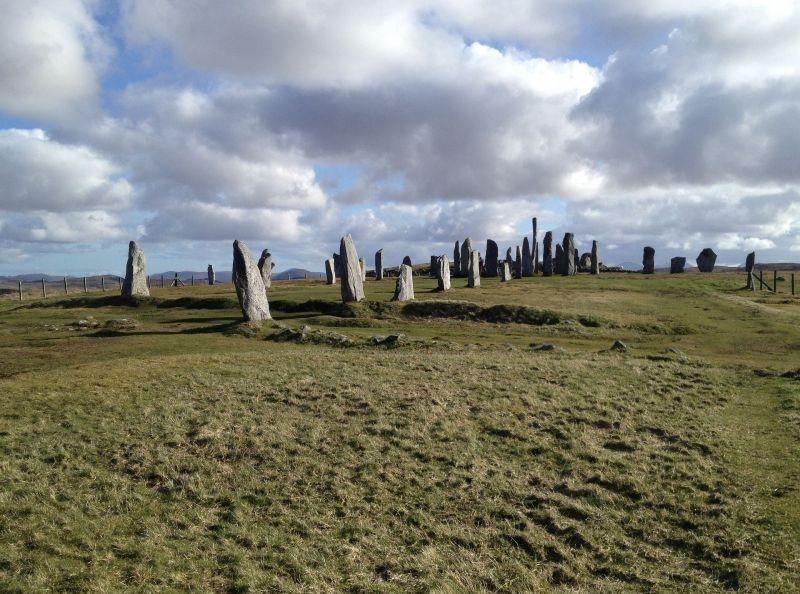 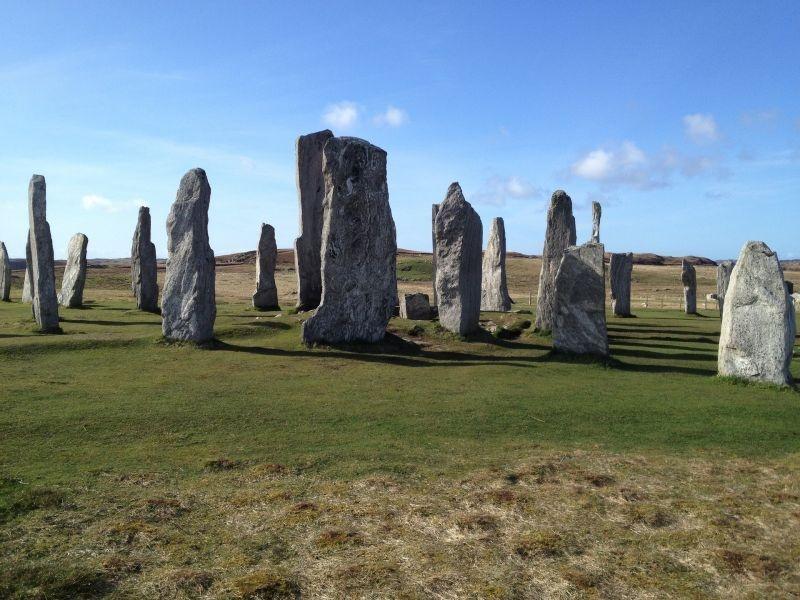 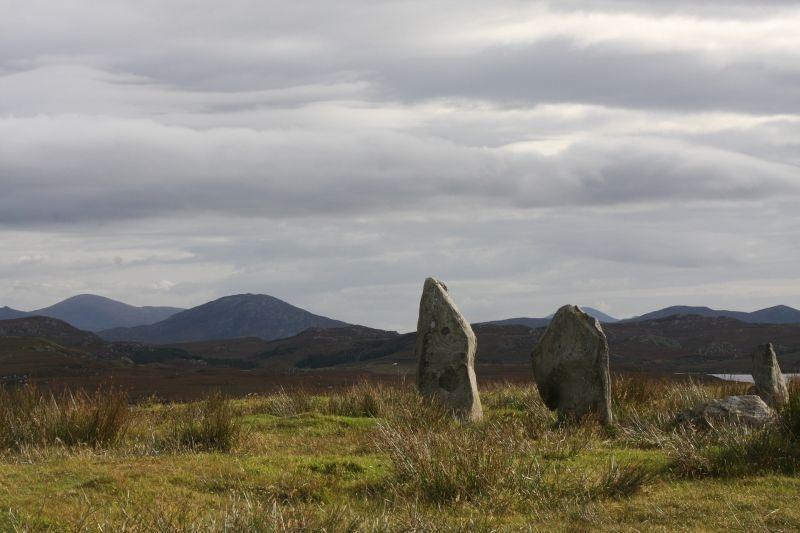 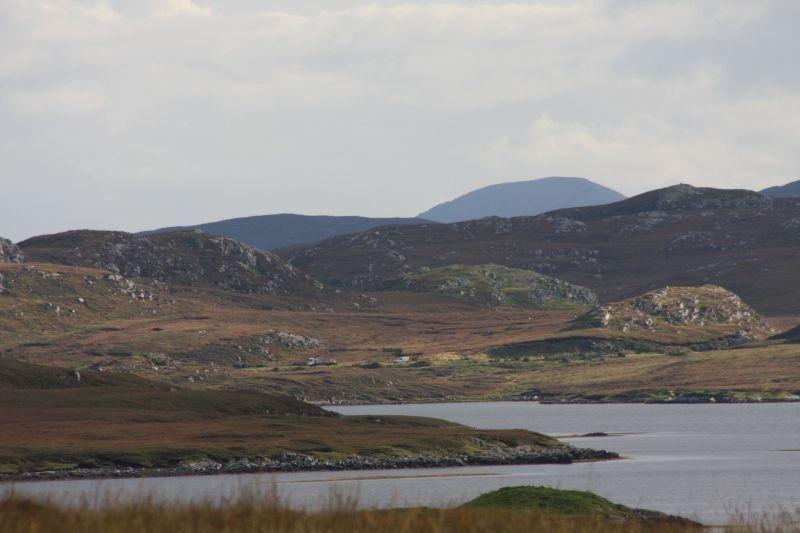 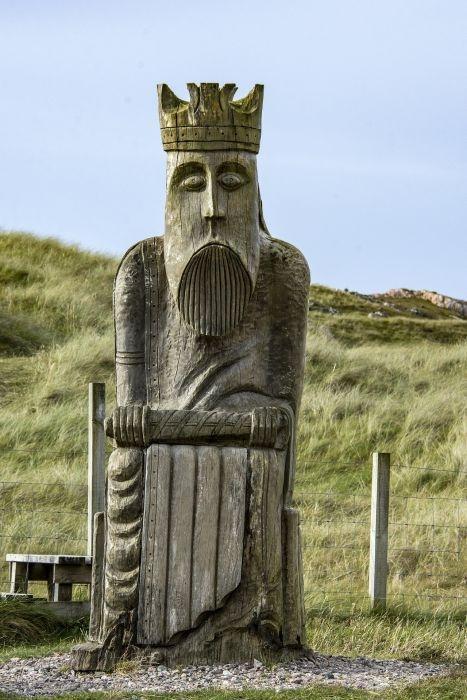 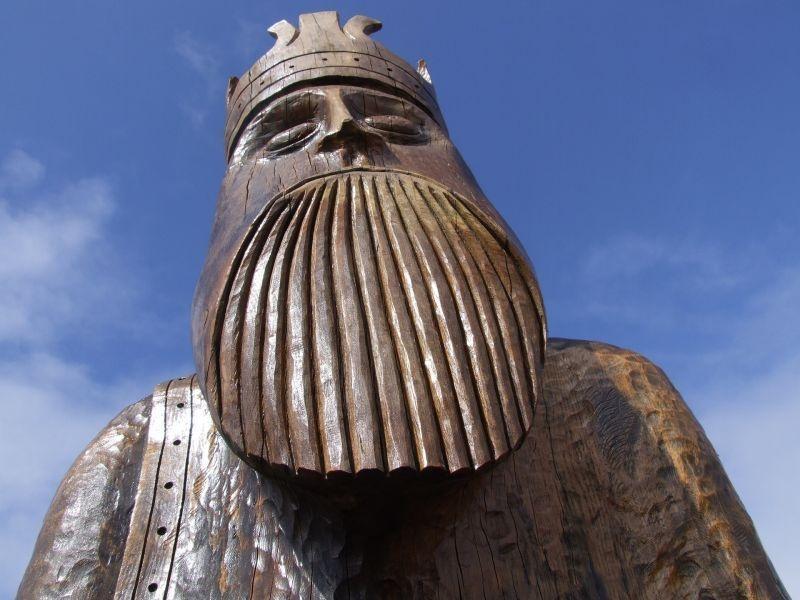 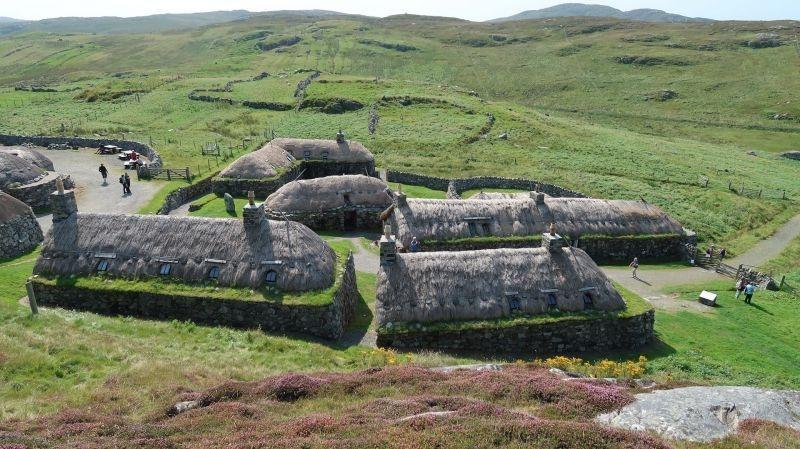 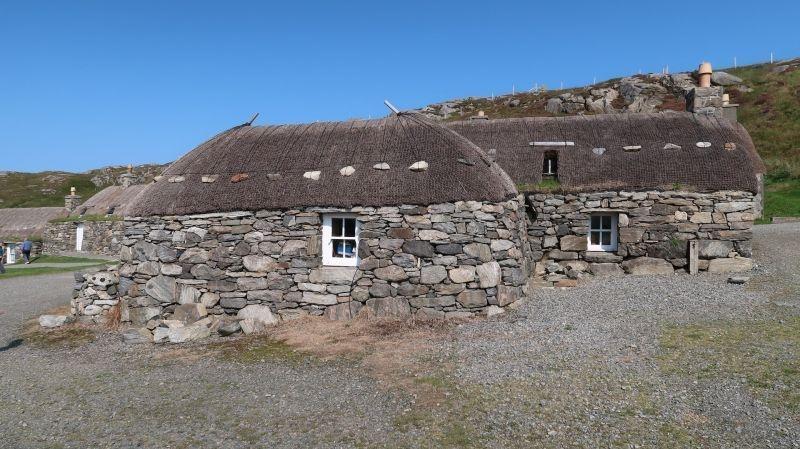 Callanish on Lewis some 15 miles west from Stornoway on the A858 near the head...

Blackhouse Museum The Isle of Lewis is not actually an island, rather it is...

Lochs on the Isle of Lewis is an appropriately named parish on the eastern side of Lewis reached south west from Stornoway on the A859, about 2 miles down this road a branch leads past Loch Orisay to the charming villages of Grimshader, Ranish, and Crossbost, on its sea loch, back via Leurbost to the Harris road, past the ‘Soval bends" a side road leads to Keose, where a seaweed plant makes alginate and it is proudly claimed that some of this has been to the moon as ﬁreprooﬁng for the notepads used by the astronauts.

The road then runs along the deeply indented Loch Erisort, through Balallan, the longest village in Lewis and at the head of the loch a road runs east through magniﬁcent mountain scenery, before it turns south may be seen Eilean Calum Chille. St Columba's Isle, at the mouth of Loch Erisort. with the ruins of an ancient church and a graveyard. The main road then continues through the villages of Airidhbhruaich, on an arm of Loch Seaforth (a sea loch) and Kintaravay, into Harris at Aline Lodge where there are superb views down the loch to the south east with the small peaks of Caiteshal (1,473 ft) and Toddun (1,731 ft) to left and right.

The nearest village to the Fairy Pools is Carbost, on the West of Skye. The...

kinlochmoidart lies at the head of Loch Moidatrt on the road (formerly a...

Golspie is a village in Sutherland which lies on the North sea coast in the...

Muckle Flugga is a large rock to the north of Unst is the northerly Ultima...

Druidibeg Loch on south Uist one of the larger freshwater lochs in the...

You'll find Scourie roughly in the middle of the route between Ullapool and...

Situated on Europe’s Atlantic edge, the Scottish Western Isles of the Outer...

Looking for some of the best Appin accommodation, Port Appin may be the place...

The Colzium Estate is located to the north-east of Kilsyth and includes a...

Culloden was the scene of the last battle fought on the soil of the United...

Rosemarkie is an old fishing village in Cromarty, and it is here that you will...

Butt of Lewis at the extreme north tip of Liawis and thus the most northerly...