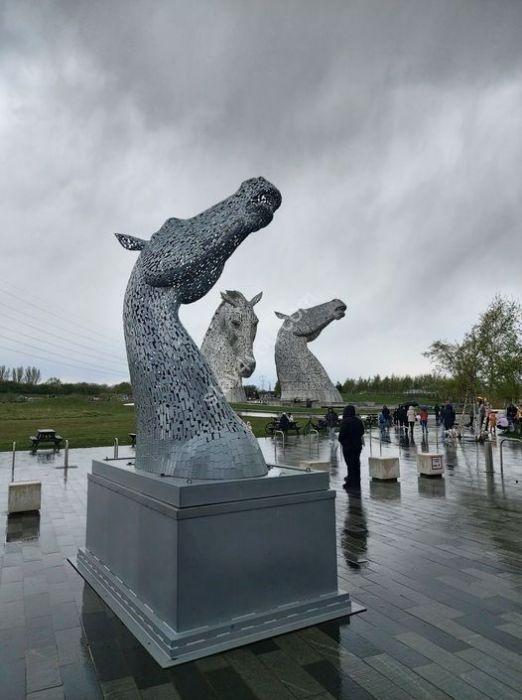 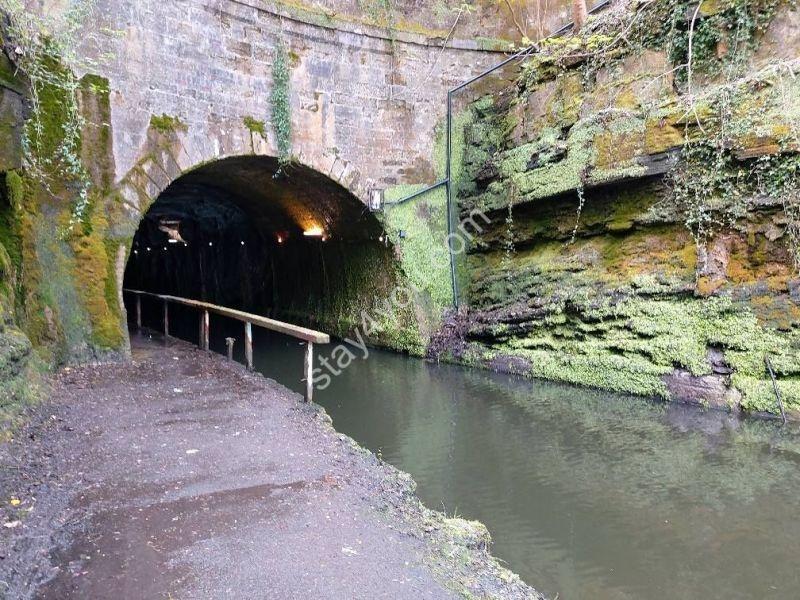 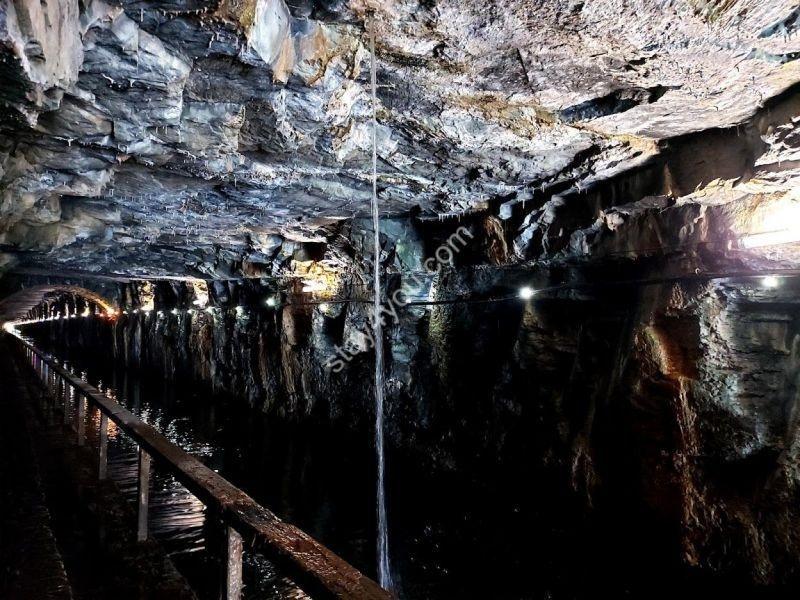 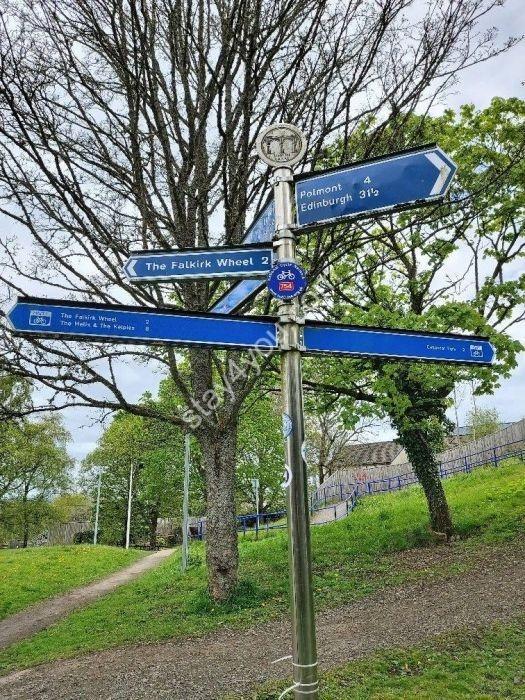 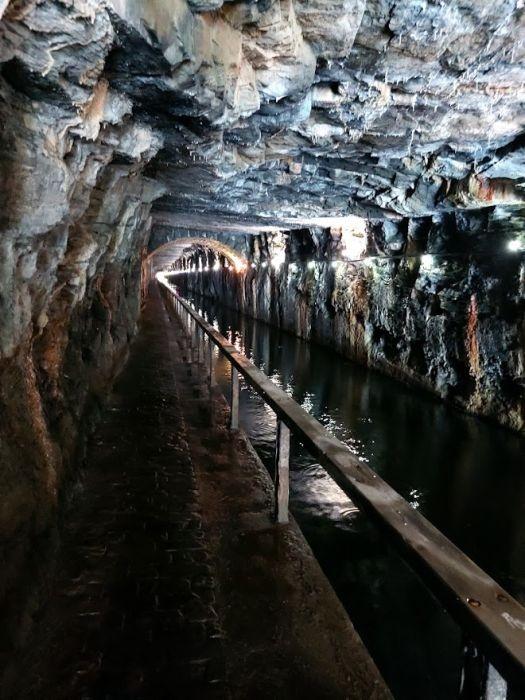 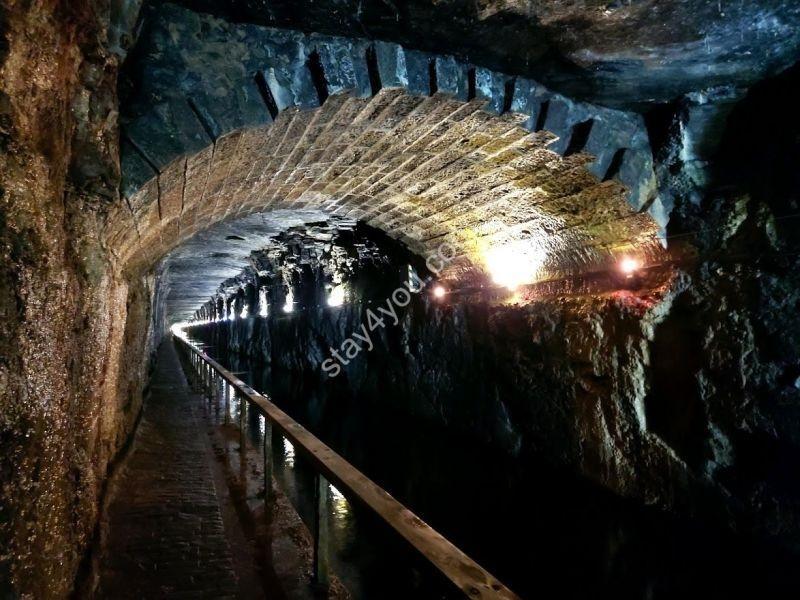 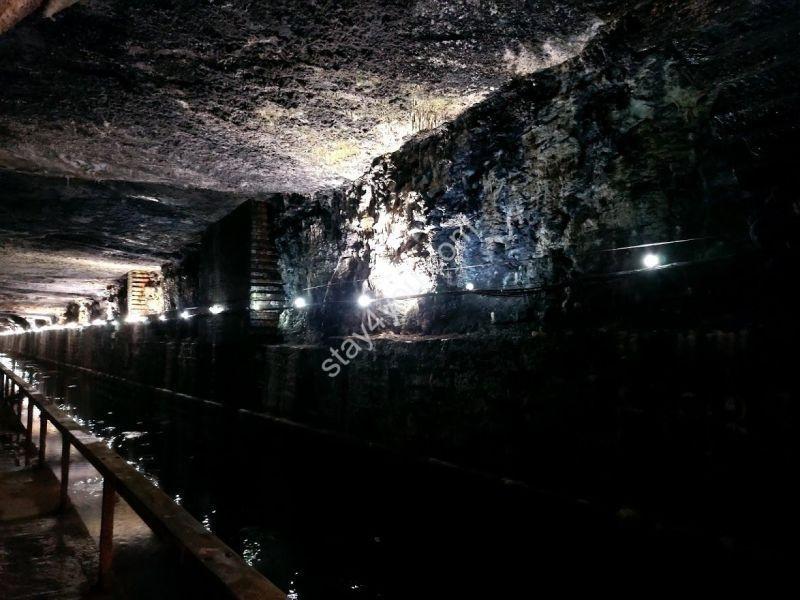 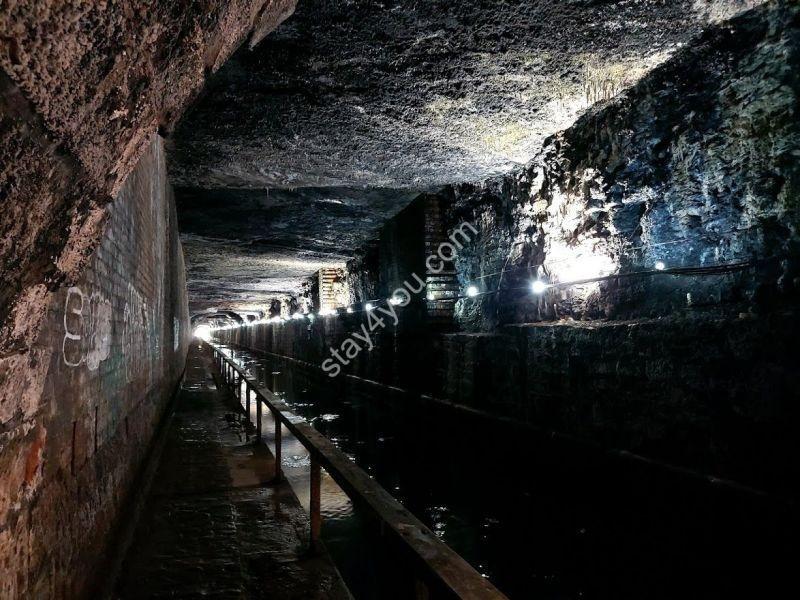 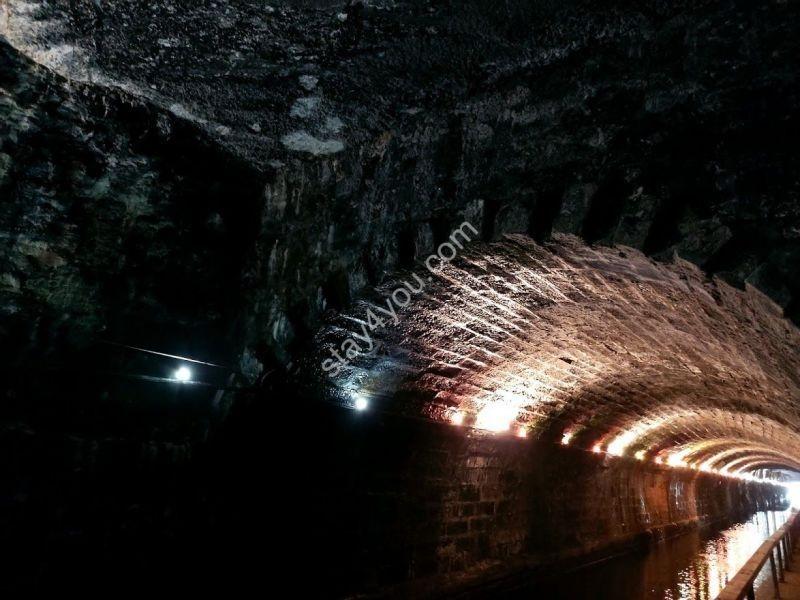 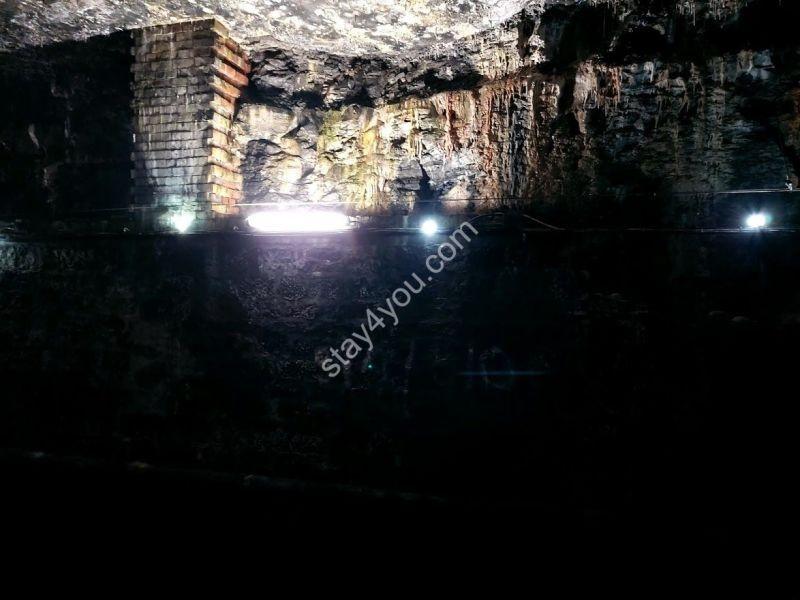 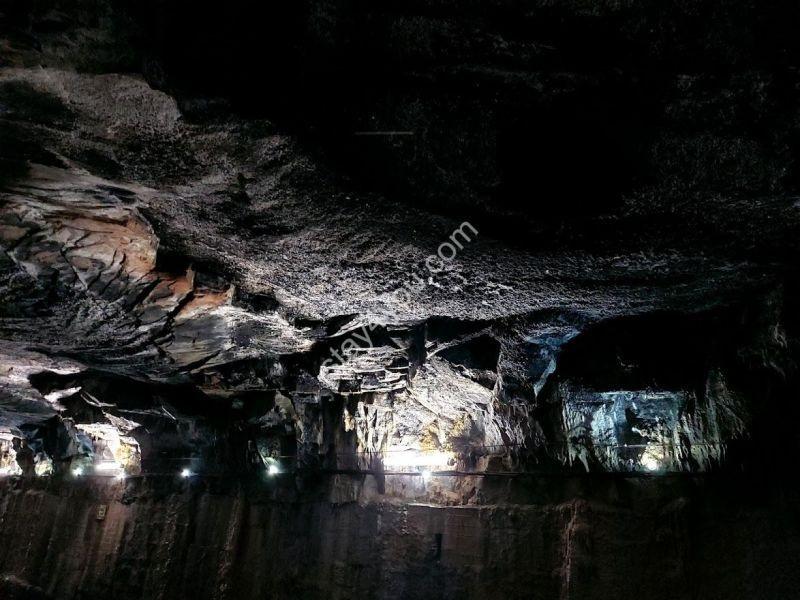 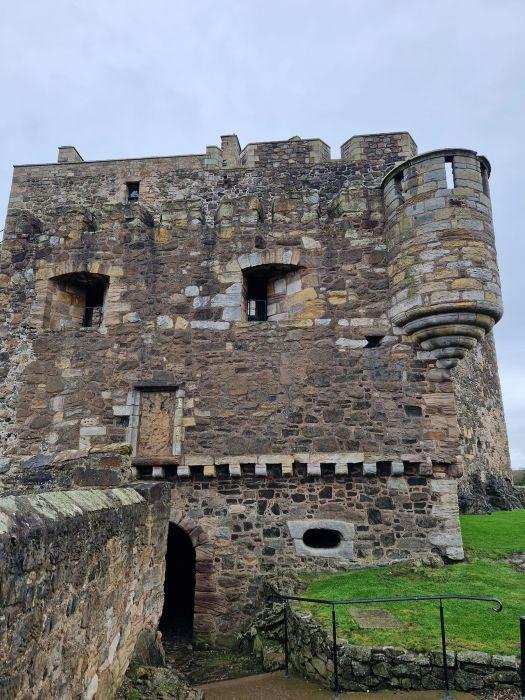 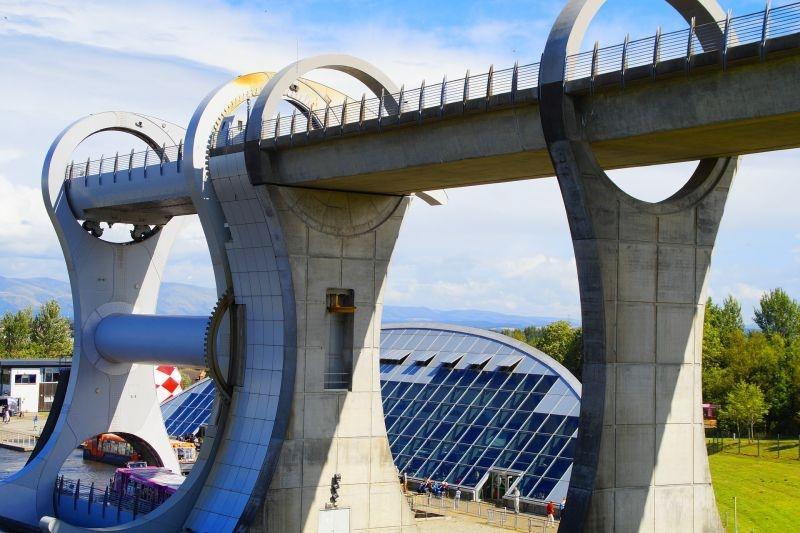 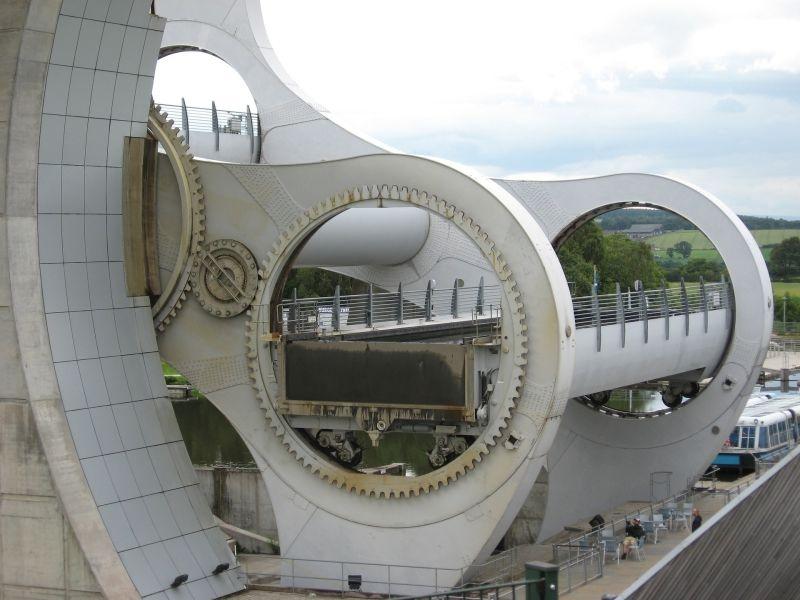 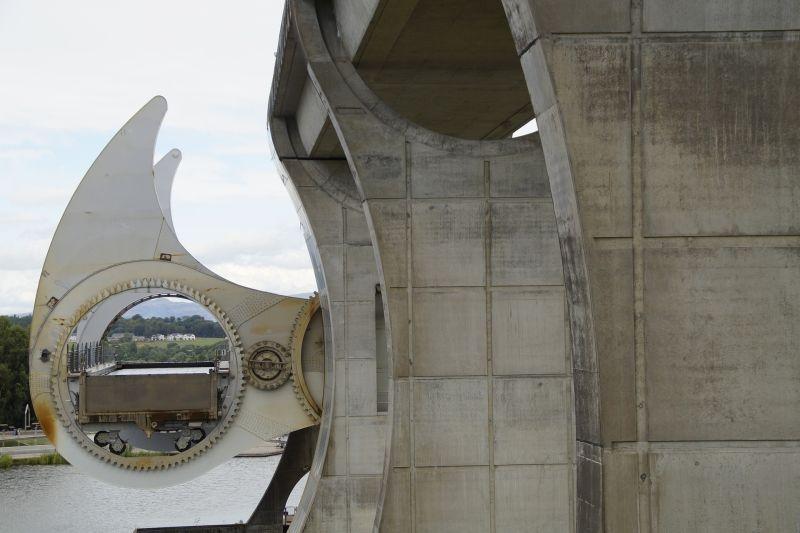 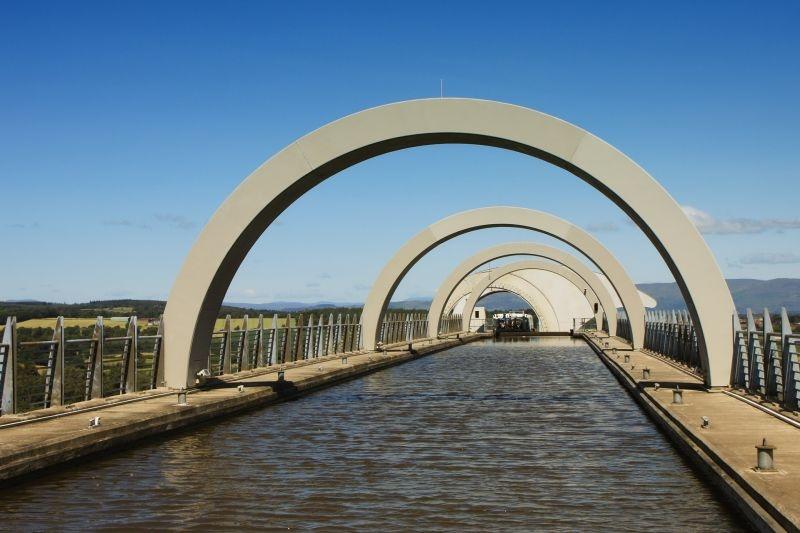 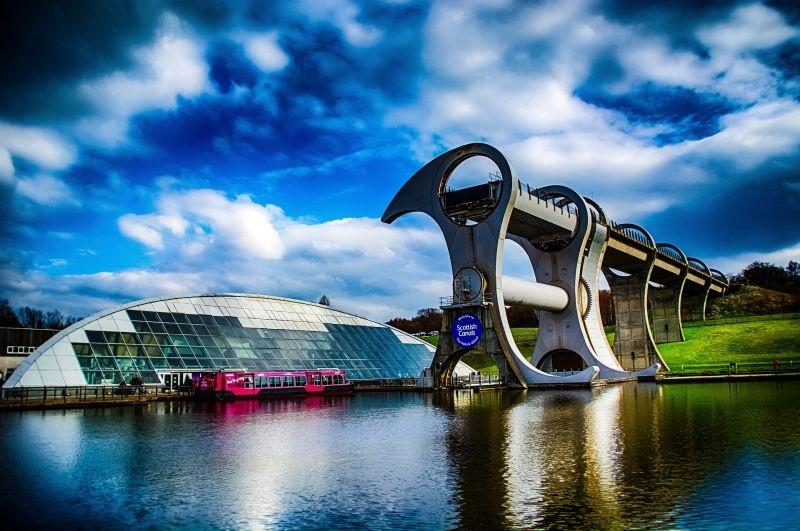 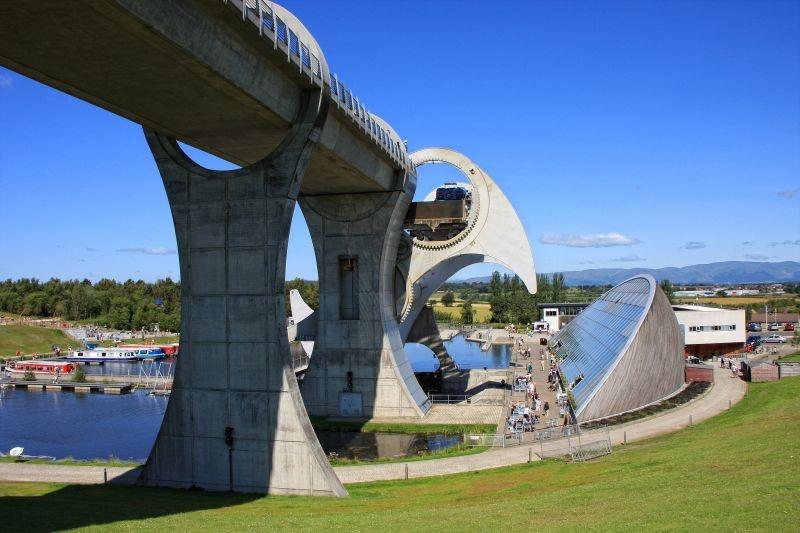 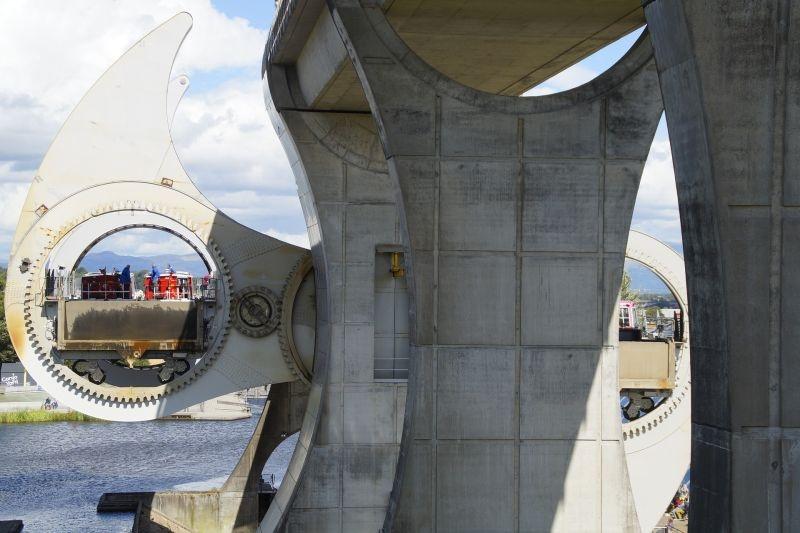 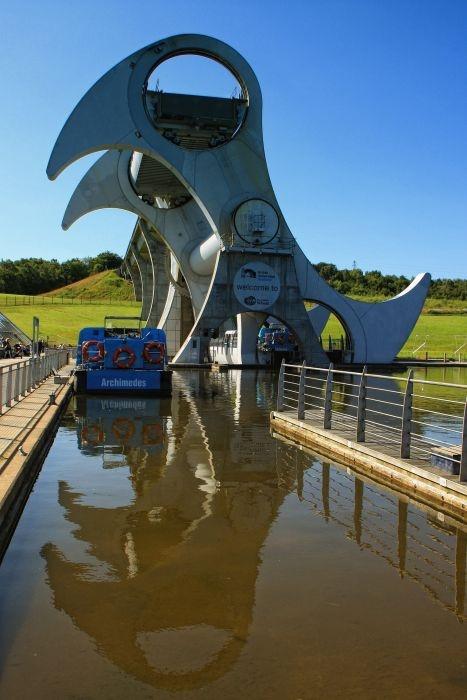 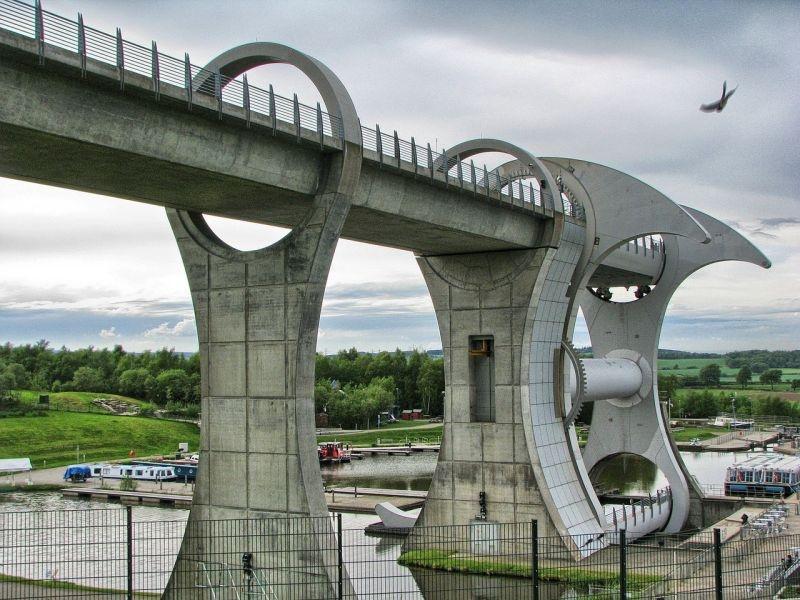 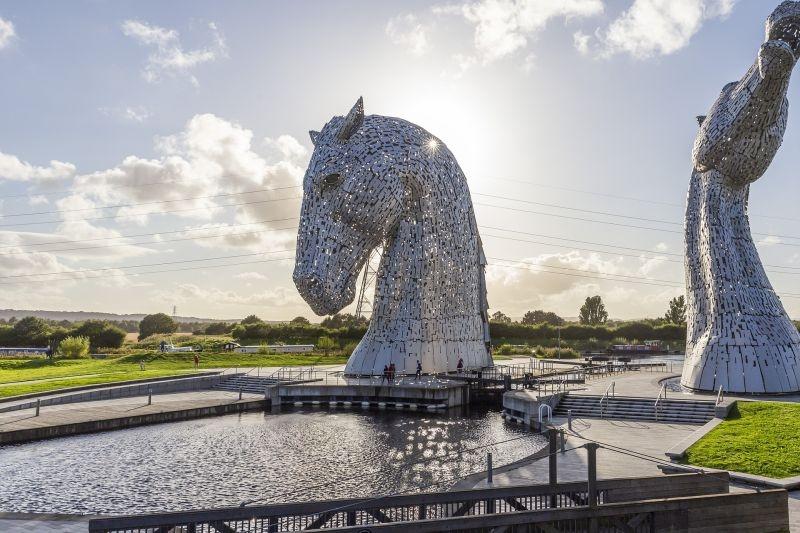 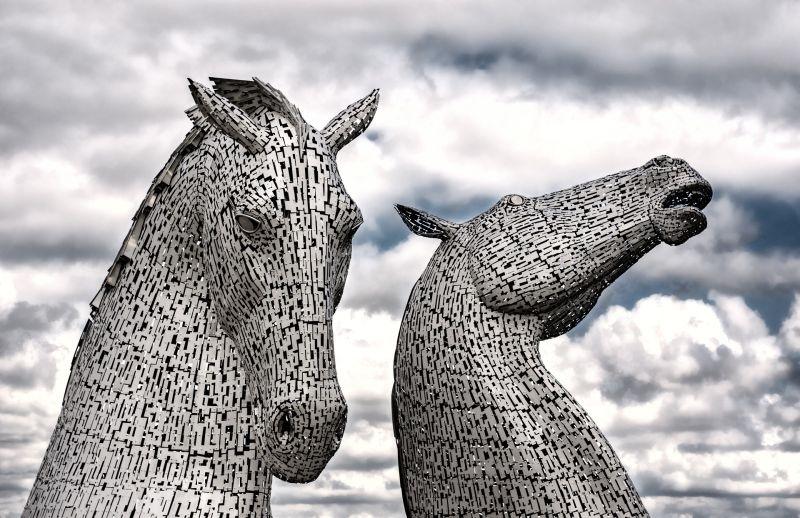 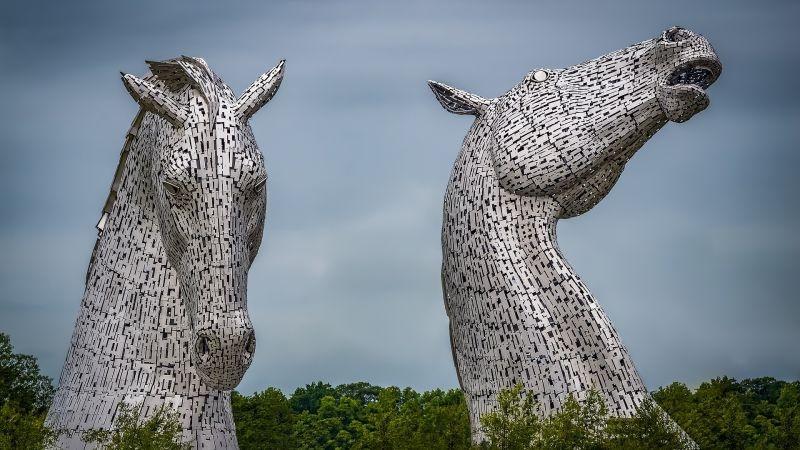 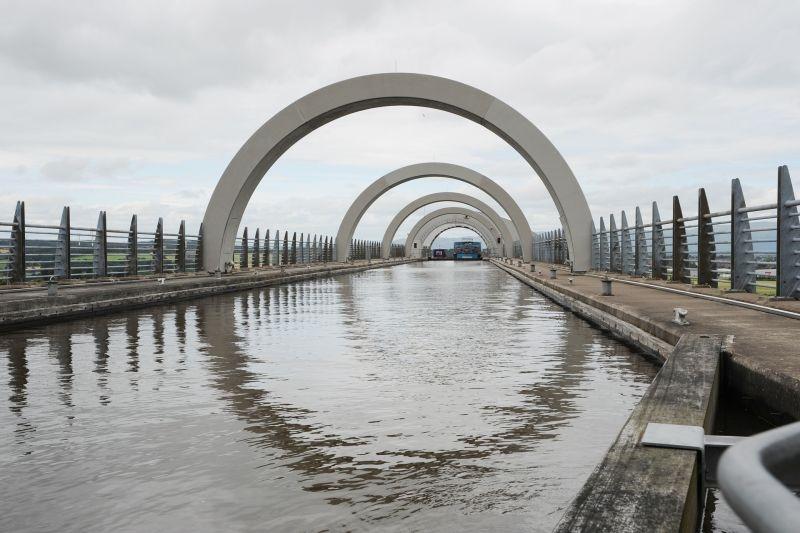 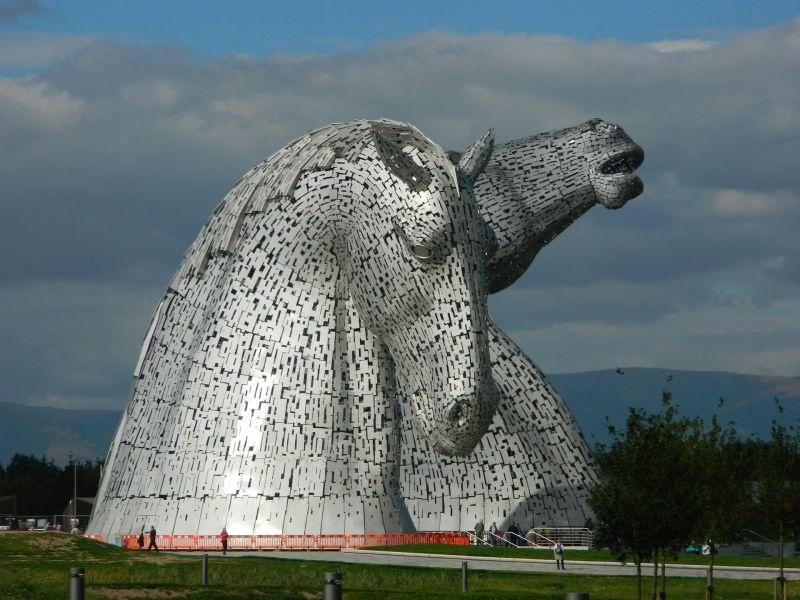 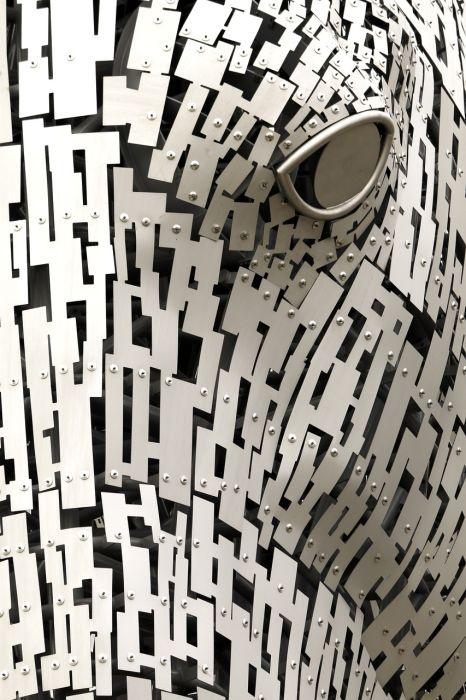 The county of Stirlingshire was once responsible for administering the large town of Falkirk, which is located in the Central Lowlands of Scotland. The Forth Valley is where you'll find it. There is an abundance of striking contrasts in Falkirk and the surrounding area. The region is home to a number of attractions that are considered to be among the best in the world. Some of these attractions include the John Muir Way, the Bo'ness and Kinneil Railway, the Antonine Wall, The Kelpies, and The Helix, among others. Hospitality and lodging opportunities, in their various guises, are plentiful in Falkirk and the area immediately around the town.
The Falkirk Wheel is an engineering marvel that lifts boats as long as 115 feet between the various levels of the Union and Forth & Clyde canals. It is the first and only revolving boat lift in the world. You are able to take a spin on the wheel at the visitor centre, where you can also get more information about it.
At the Bo'ness and Kinneil Steam Railway, you may experience Scotland's most comprehensive railroad museum by riding a steam train on a roundtrip that extends for seven miles along the southern Forth coastline. You may catch a flick at the iconic art deco Hippodrome Cinema in Bo'ness, which was the first theatre of its sort in Scotland, or you can keep an eye out for the occasional Dunmore Pineapple.
The town itself has all of the amenities that you would expect to find in a large town, such as shops, shopping malls, and a sizeable number of critically acclaimed independent restaurants, cafes, and bars, in addition to grocery stores and movie theatres. In addition, it is home to a number of hidden historical gems, such as the Town Center Heritage Trail, the Fawkirk, which is home to the Sir John de Graeme Tomb, and of course The Steeple, which can be found in the middle of the pedestrianised town centre.

There are regular train and road connections that connect the town to the cities that are in the surrounding area, such as Stirling, Glasgow, and Edinburgh. In addition, rentable electric bicycles may be found on Falkirk High Street. In addition, the Falkirk Stadium is home to Scotland's most extensive charging station for electric vehicles.

Sara  · 1 year ago
The review is waiting to approval.
Your review
Great day visiting the Falkirk canal well worth a visit with plenty of other attractions around the area along with all the hitory.
Images
Show more
1 of 1 people found the following review helpful
Post Your Review

Lochs on the Isle of Lewis is an appropriately named parish on the eastern...

Montrose, Along with the cities of Aberdeen and Dundee, the towns of Montrose...

Barassie South Ayrshire is a small fishing village. Visitors to the area...

Hoy, the second largest island in the archipelago, south and west of the...

Melvich is a village located in the county of Sutherland, and it is situated...

Search Lerwick Holiday Accommodation Lerwick is a town on the Island of...

Fishing in Bonar Bridge Sutherland is famed for its wide expanses of...

Edinburgh Castle, An historic fortress which dominates the skyline of the city...

Roseisle beach is a wide gently sloping sandy beach to the south of Burghead,...

Plockton is a community that may be found in Lochalsh, Wester Ross. On the...